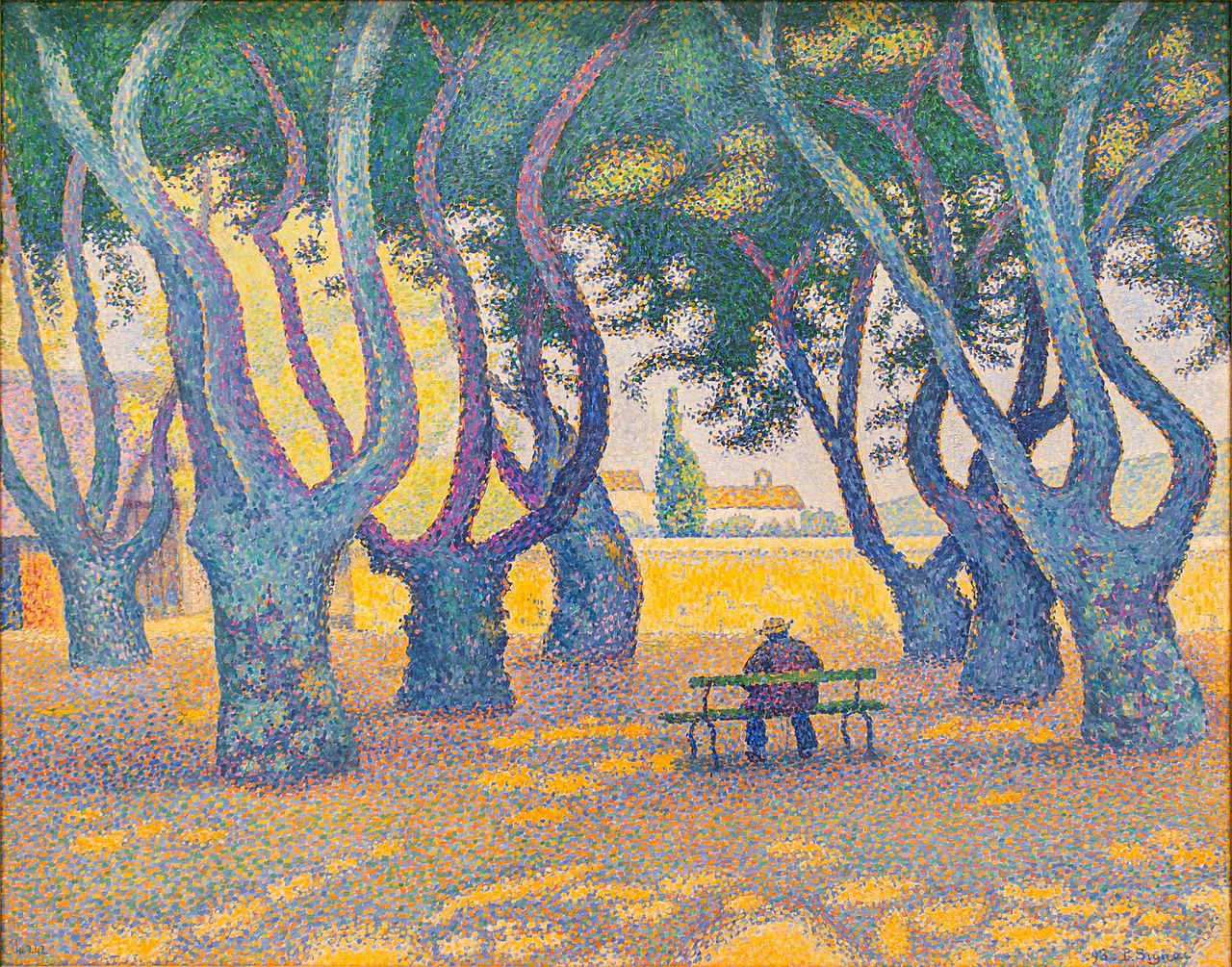 In late March 1892 Signac, accompanied by his partner Berthe Roblès set sail from western Brittany in his eleven metre yacht, Olympia, bound for the south. At Bordeaux he met up with his fellow Neo-Impressionist Théo van Rysselberghe. They then navigated up the Garonne and entered the Canal du Midi sailing out into the Mediterranean in mid April. In early May they arrived at St Tropez where Signac rented a cottage overlooking the sea, not far from his friend Henri Edmond Cross who had settled in the town earlier in the year. He was immediately struck by the beauty of the place, writing “There is enough material to work on for the rest of my days. Happiness – that is what I have just discovered”.

The next year he painted this view of the Place des Lices in his adopted town, choosing a time of day when the space is deserted save for a solitary old man sitting on a bench in the shade of a group of aged Plane trees. The old man faces the early evening sun which bleaches the sky – those areas of the background that are exposed to the southern sun are rendered in shades of yellow, almost requiring the viewer to shield their eyes from the glare. Pools of sunlight which have penetrated the canopy of the trees form patches of yellow in the foreground contrasting with the purple, blue and green points which Signac has used for shadow. Deeper hues of the same purple and blue form the gracefully sinuous contours of the trees, echoing each other across the width of the composition and betraying the importance of decorative forms and the influence of japonisme for Signac at this time. And of course, the pointillist technique adds exceptional vibrancy and impact to the picture (see Applying Science to Art).

Plane Trees was considered by contemporaries to be one of his masterpieces. It was exhibited at the Salon des Indépendants in 1895 but was overshadowed by his other work exhibited that year – the monumental In the Time of Harmony.