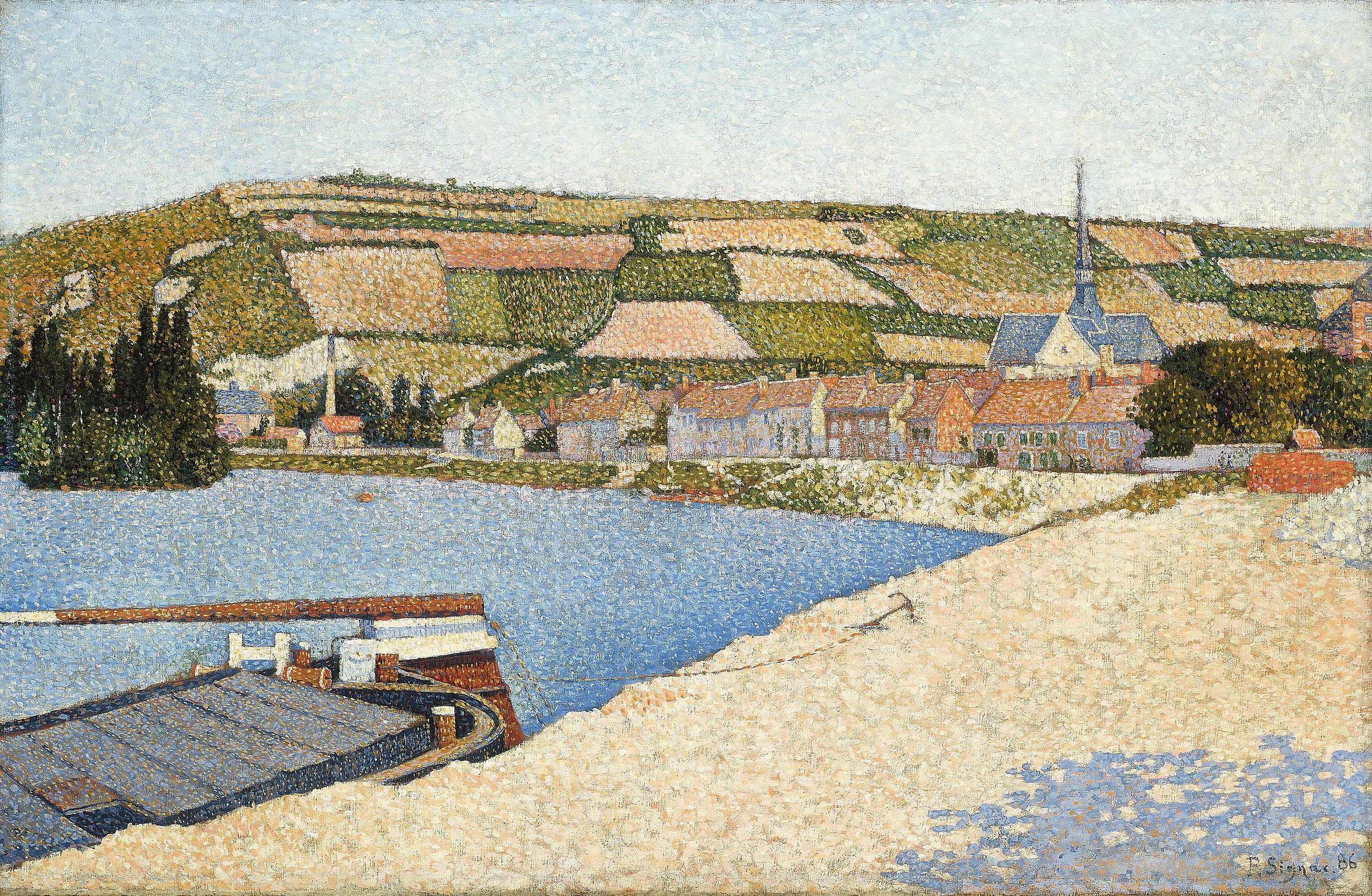 Shortly after completing his first Neo-Impressionist paintings of suburban subjects on the outskirts of Paris, Signac decided to base himself during June and July 1886 in the village of Les Andelys in the Seine Valley. The picturesque ruins of Chateau-Gaillard were nearby, the subject of many artists (including British visitors such JMW Turner, drawn to the site because of its connections with King Richard I) but Signac preferred to paint the more prosaic environs of the the village where it skirts a bend in the river.

The blue triangle of the river is echoed by blue shadows which encroach on the soil of the quay. Similar sandy yellow hues have been used to evoke the sparkling surface of the river and the patchwork of ploughed fields on the hillside. The slate roof of the village church echoes the cerulean waters. This  complementary combination adheres to the colour theories of Charles Blanc, Ogden Rood and Charles Henry (see the Welcome page) intensifying the contrasting blues and light orange/yellow.

This painting together with a series of other views of Les Andelys were exhibited the following year at the Théâtre-Libre in Paris. Rather than disperse them through a commercial sale, Signac decided to give them to friends and family (it should be remembered that he was financially independent due to a substantial bequest on the death of his father in 1880).