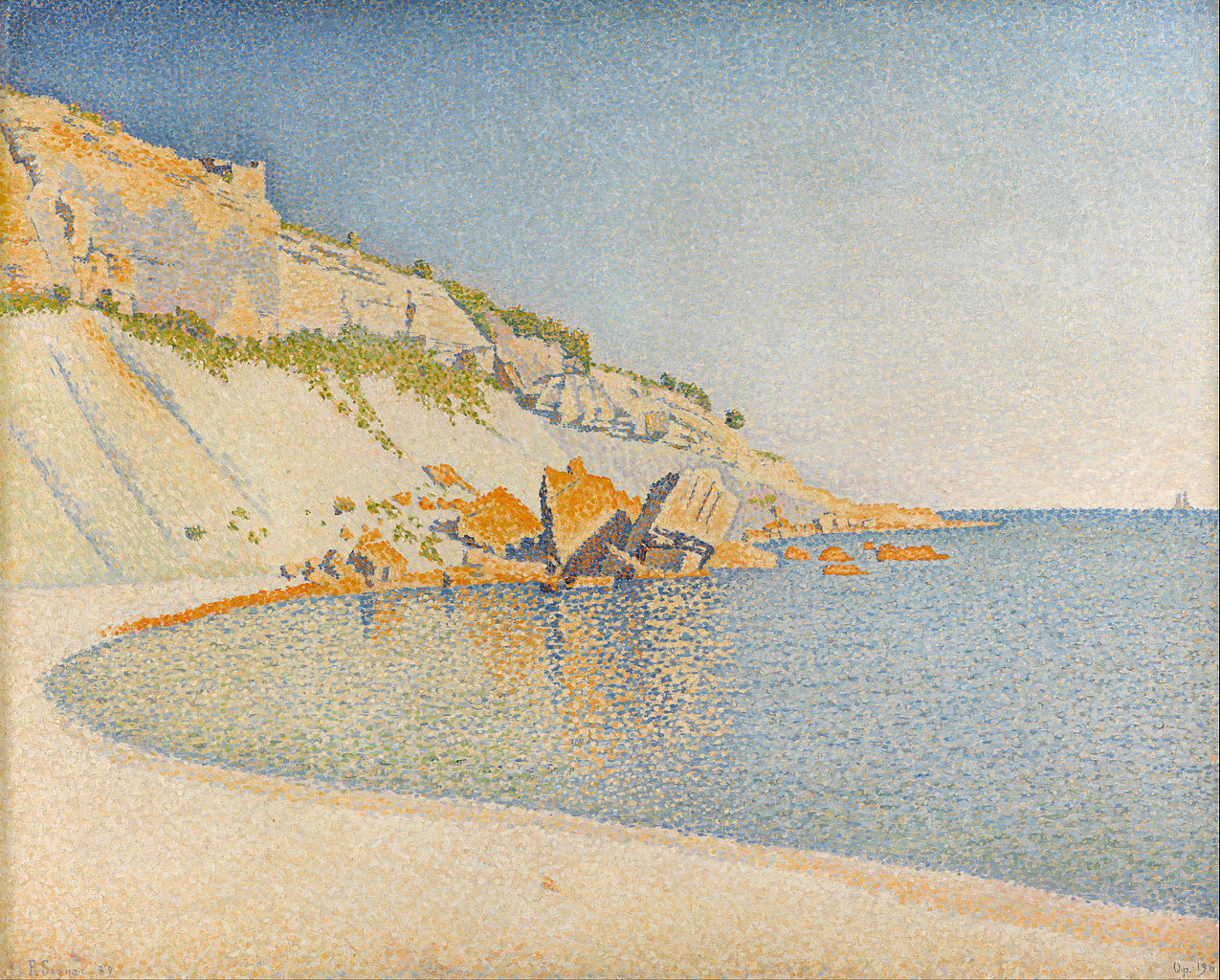 In late March 1889 Signac left Paris for the south of France, stopping at Arles to visit van Gogh in hospital, and continuing to Cassis near Marseilles. From Cassis Signac wrote to Vincent describing the landscape around the town: ‘White, blue and orange, harmoniously spread over the beautiful rise and fall of the land. All around, mountains with rhythmic curves’.

This work is one of five painted at Cassis, two of which are now lost. It was exhibited at Les XX in Brussels along with a number of seascapes painted the previous year in Brittany under the combined title of La Mer. In the centre of the composition we see a group of rocks which have fallen onto the beach and into the bay. Above, a grey scar can be seen, denoting their original position. The orange colour of these rocks forms an intense ‘simultaneous contrast’ [see the Welcome page] with the azure and blue of sky and sea which is especially effective in the rocks’ reflection in the bay. This blue and orange complementary pairing was, of course, a favourite device for the Neo-Impressionists. The beautiful curve of the bay, punctured by the rocks, extends out to the horizon creating a pleasing composition – the divisionist surface of the bay is full of exquisite colour contrasts – in the heat of the day, the sky bleaches as it nears the horizon.

When reviewing this group of paintings, the critic Félix Fénéon, a close friend of Signac, wrote “M Paul Signac was able able to create exemplary specimens of an art of great decorative development…”