Seurat produced his first series of coastal paintings (or ‘marines’) in 1885, spending part of the summer at Grandcamp in Normandy. Then in 1886 he painted at Honfleur. In 1887 his summer was interrupted by a second short period of conscription but during subsequent summers he travelled to various locations along the Normandy coast and further north in Picardy, his interest in coastal towns and vistas possibly having stemmed from his year’s military service based at Brest. In 1888 he was in Port-en-Bessin where his choices of subject matter seem to have owed something to Monet’s paintings of Varengeville in 1882. Seurat worked at Le Crotoy in the summer of 1889 and in 1890 he was at Gravelines. Winters were spent completing works from these trips as well as working on his larger canvases.

In many of the small sketches he produced in preparation for the Bathers and Grande Jatte, he necessarily reduced landscape to its essentials and he also employs this reductive process in his marines where he somehow finds the poetry lurking within the banal. By 1890, in his paintings of Gravelines, Seurat attains a new level of austerity, deliberately choosing subjects devoid of all but the most unremarkable motifs. In The Channel at Gravelines (London, National Gallery) nearly half of the composition is almost totally without interest. Seurat’s use of subdued colour which he employed in many of his marines is evident in some of the Grandcamp and Honfleur paintings of 1885 and 1886 (for example Harbour Entrance at Honfleur, Otterlo, Kröller-Müller Museum).

The Channel at Gravelines, Grand Fort Phillippe, one of his last paintings, is the culmination of a tendency in Seurat’s coastal canvases to increasingly strip out content and reduce colour tonality. As the influential critic Gustave Kahn pointed out, ‘his marines blench and leech out their colour’. His choice for compositional minimalism may have been influenced by the a trend in that direction among landscape painters perhaps dating back to the 1860’s with Courbet’s minimal Seascapes and the 1870’s with Whistler’s riverscapes. The satirical works of Alphonse Allais which were exhibited at the 1883 Salon des Arts Incohérent were an ironic comment on this trend. 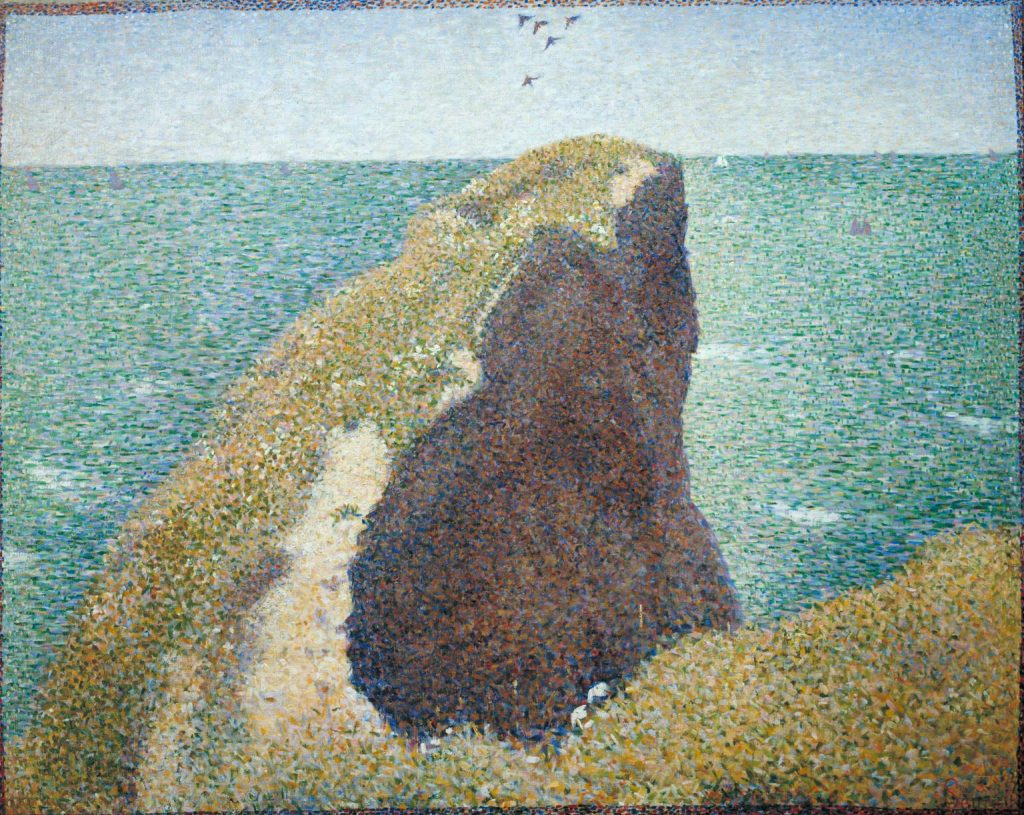 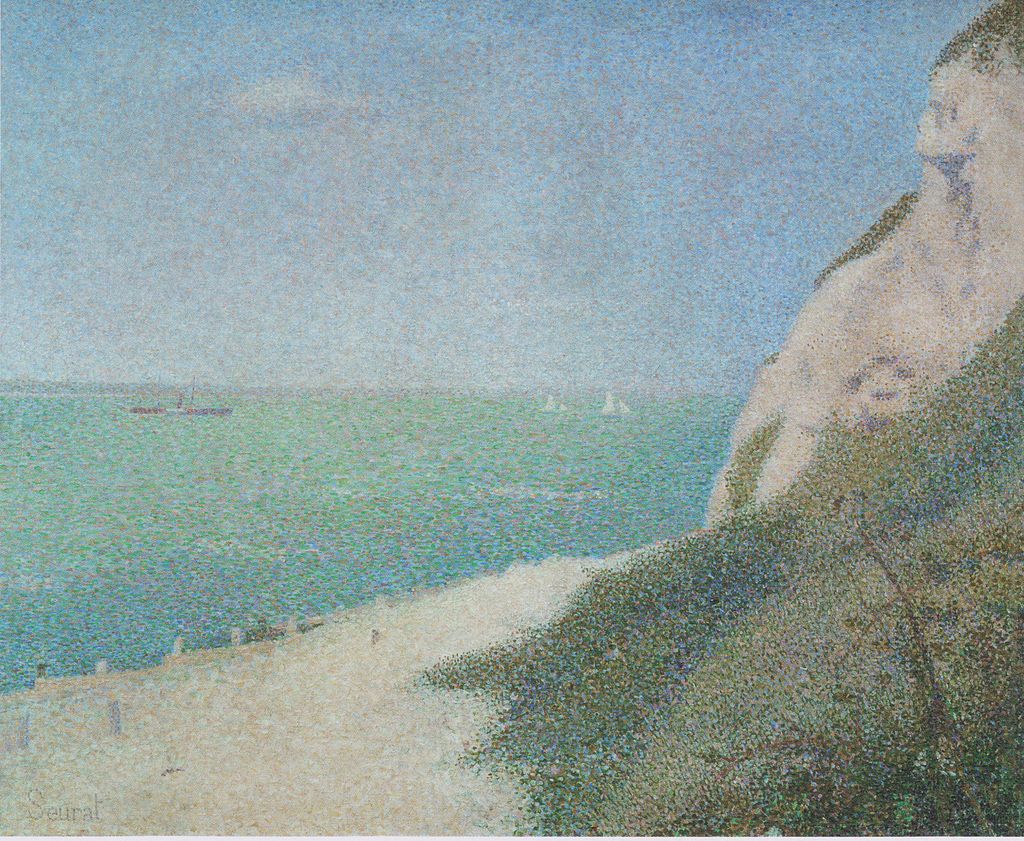 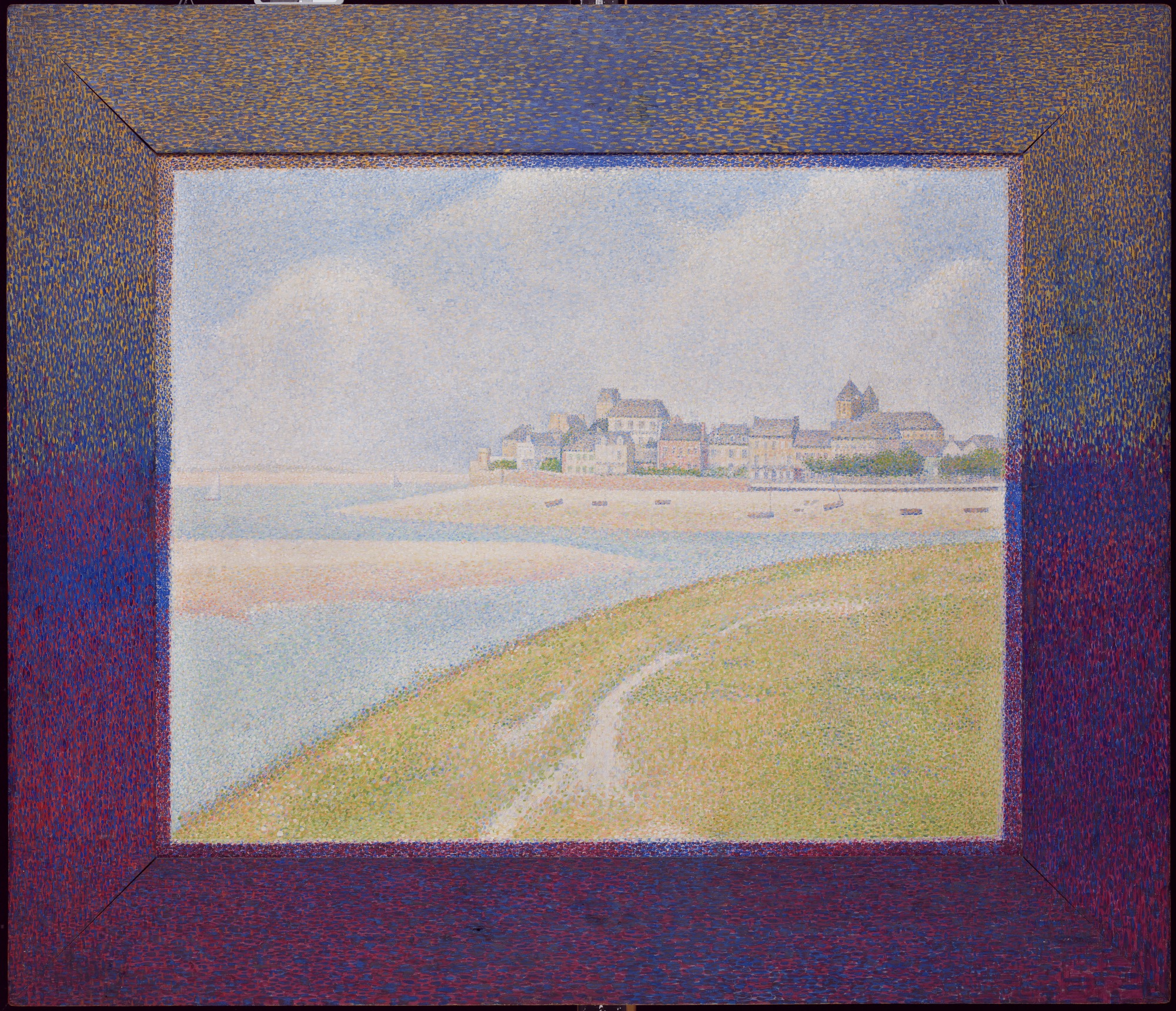 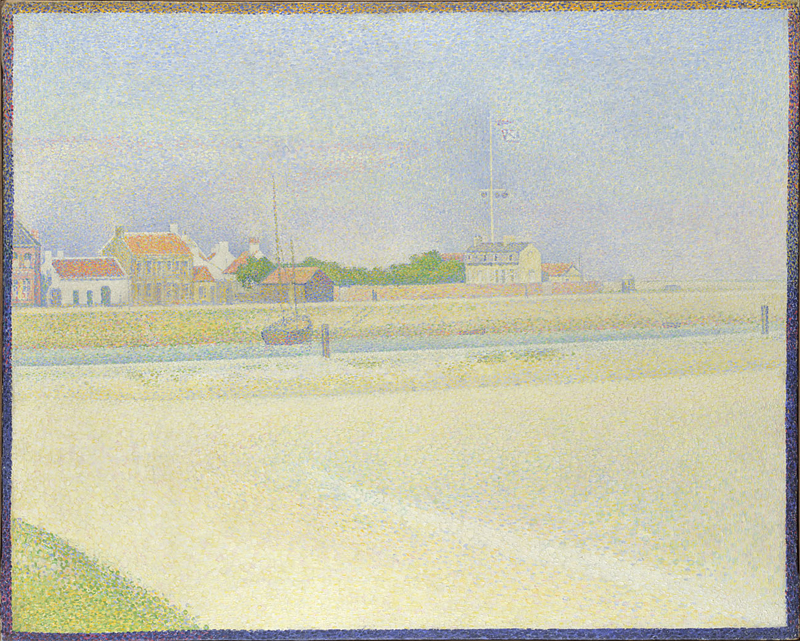 The Channel of Gravelines, Grand Fort Philippe – 1890
Courtesy of the National Gallery, London 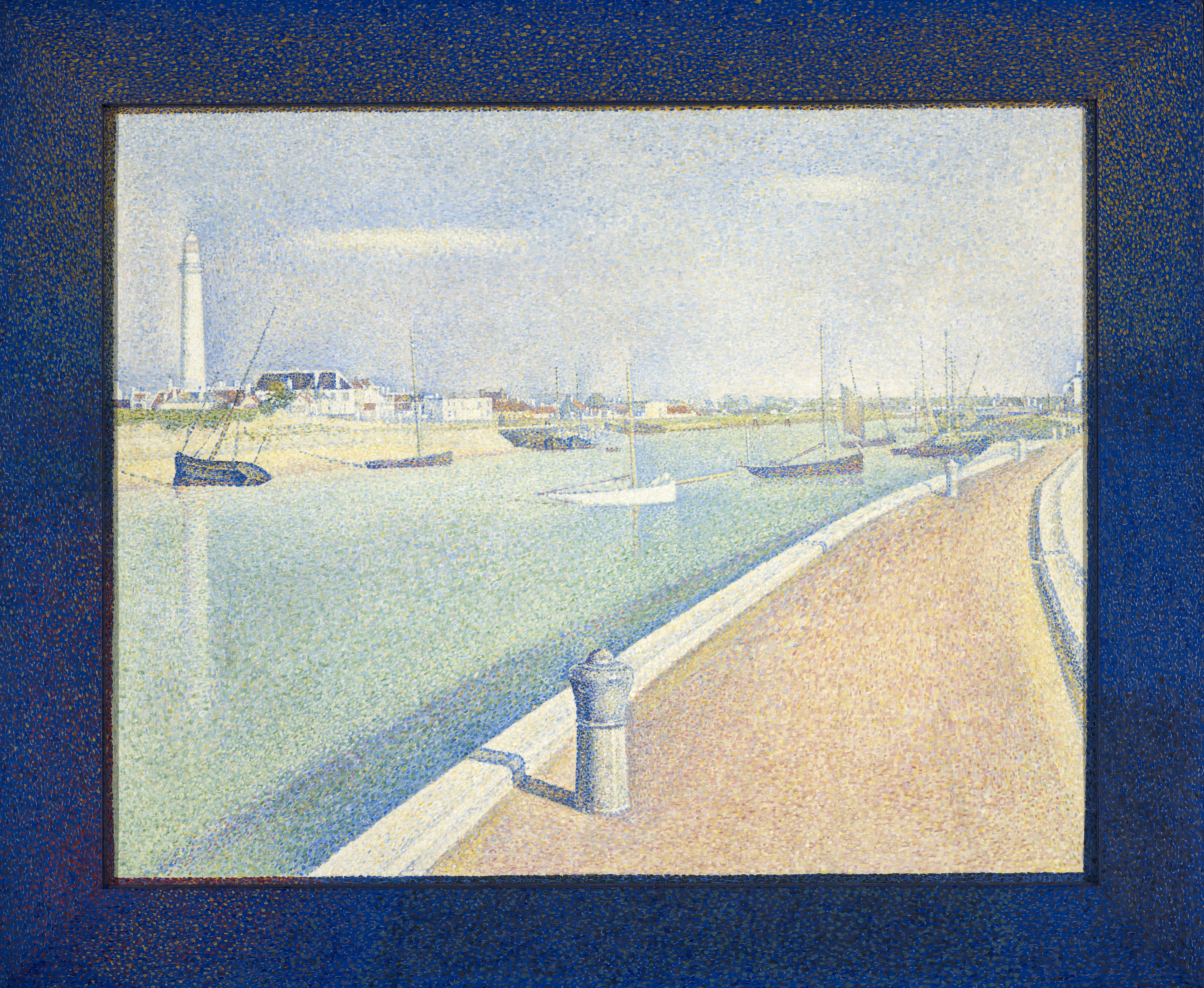 The Channel of Gravelines, Petit Fort Philippe – 1890
Courtesy of the Indianapolis Museum of Art at Newfields