Born in Normandy he trained at the Acadamie de Peinture et Dessin in Rouen. His early work was in the Impressionist style. In 1882 he took up a post as a schoolteacher in Paris where he made contact with some of the artistic circles in the capital. In 1884 he became a founder member of the Société des Artistes Indépendants. His painting at this time was influenced by Monet and Jean-Fançois Millet but, under the influence of Seurat and Signac, by 1887 he was painting in the Neo-Impressionist style. After 1890 he concentrated his efforts on Conte Crayon drawings employing an extreme ‘tenebrist’ style similar to that used by Seurat in his drawings but taking it several steps further into an all encompassing night. In 1891 he exhibited at Les XX in Brussels. He also produced illustrations for anarchist periodicals.

In 1896 Angrand moved back to Normandy but continued to exhibit at the Salon des Indépendants. Later, he again took up his brush producing divisionist work similar to that of Signac and Cross.

1882 Takes up a post as a schoolteacher at the Collège Chaptal in Paris.

1884 He is a founder member of the Salon des Indépendants. At this point he is painting in the Impressionist manner.

1887 Having met Seurat and Signac, Angrand begins to paint in the Neo-Impressionist style.

1890’s He concentrates on his Conté Crayon drawings. Exhibits at Les XX. 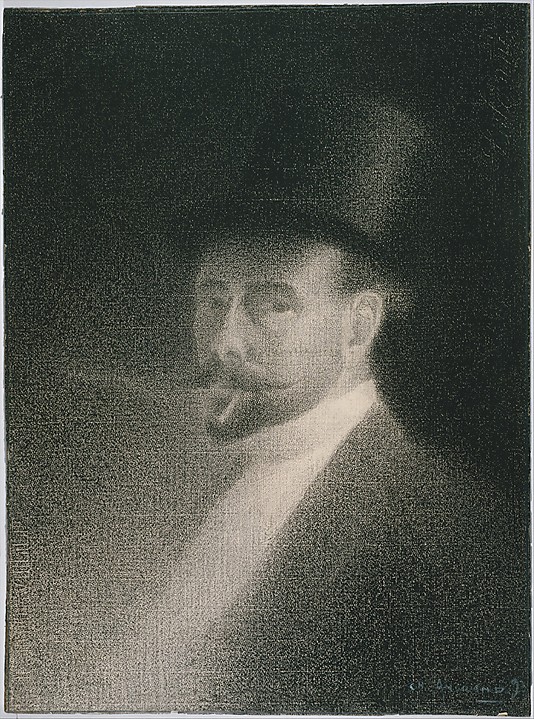 Paintings
The Seine at Dawn