In summer 1885 Pissarro met Paul Signac at the studio of their mutual friend Armand Guillaumin (who Signac had met the previous year while painting on the Île Saint-Louis). Signac subsequently introduced Seurat to Pissarro who, after watching Seurat work on the Grande Jatte, became greatly impressed with the theories of his new friends – who were of the same generation as his son Lucian. He proceeded to take up the divisionist baton with some fervour and worked in the new manner for the next few years. It was Pissarro who was responsible for persuading some of his impressionist friends to allow Seurat, Signac and his son Lucien to exhibit at the Eighth Impressionist Exhibition in 1886 thereby precipitating a rift with those, like Monet, Renoir, Sisley and Caillebotte who did not share his enthusiasm. The divisions between Pissarro and his erstwhile compatriots deepened – Pissarro began to refer to them as ‘romantic impressionists’ as opposed to his new circle of ‘scientific impressionist’ friends.

In 1886 Pissarro wrote a letter to his dealer Paul Durand-Ruel explaining the basic precepts of Neo-Impressionism:

‘To seek a modern synthesis of methods based on science, that is, based on M. Chevreul’s theory of colour….. and the measurements of Ogden Rood. To substitute optical mixture for mixture of pigments. In other words: the breaking up of tones into their constituents. For optical mixture stirs up more intense luminosities than does mixture of pigments.’

‘As far as execution is concerned, we regard it as of little importance: art, as we see it, does not reside in the the execution: originality depends only on the character of the drawing and the vision peculiar to each artist.’

1830 Born on the West Indian island of St Thomas, then part of the Danish Virgin Islands, to a Jewish family.

1842 Sent to boarding school in Paris. His gifts as an artist are discovered and nurtured.

1847 Returns to St Thomas in order to go into the family business.

1852 Travels with the Danish artist Fritz Melbye to Venezuela where they establish a studio.

1856 Works in the studio of Fritz Melbye’s brother, Anton.

1860 Julie Vellay comes to live with the Pissarro family as a servant and Pissarro forms a liaison with her.

1861 Meets Cézanne and Guillaumin at the Académie Suisse.

1866 Meets Manet. Attends meetings at the Café Guerbois and at Bazille’s studio with Monet, Renoir, Sisley and others.

1869 Moves to Louveciennes, just outside Paris, and begins to paint in an Impressionist style.

1870 With the outbreak of the Franco-Prussian war Pissarro flees advancing troops. Eventually arrives in London in December.

1871 Marries Julie at Croydon in June. Returns to France to find his house has been looted with the loss of over 1,000 paintings.

1872 Moves to Pontoise where he works with Cézanne who is deeply influenced by Pissarro.

1876 Thirteen paintings by Pissarro are exhibited at the Second Impressionist Exhibition.

1883 The dealer Durand-Ruel mounts an exhibition of Pissarro’s work.

1884 Moves to Eragny-sur-Epte in Normandy.

1885 Pissarro is introduced to Signac and Seurat and adopts a pointillist style.

1888 Contracts an eye infection which causes him problems for the rest of his life.

1890 An operation is deemed necessary for his eye.

1892 Provides financial help for the families of detained anarchist activists. Visits London. Monet helps him to buy his house at Eragny.

1894 Flees France in the wake of government actions to counter anarchist unrest. Stays with the Neo-Impressionist Théo van Rysselberghe in Brussels.

1896 Paints series of paintings of the Bridges and Quays of Rouen.

1901 Paints series of views of Dieppe. 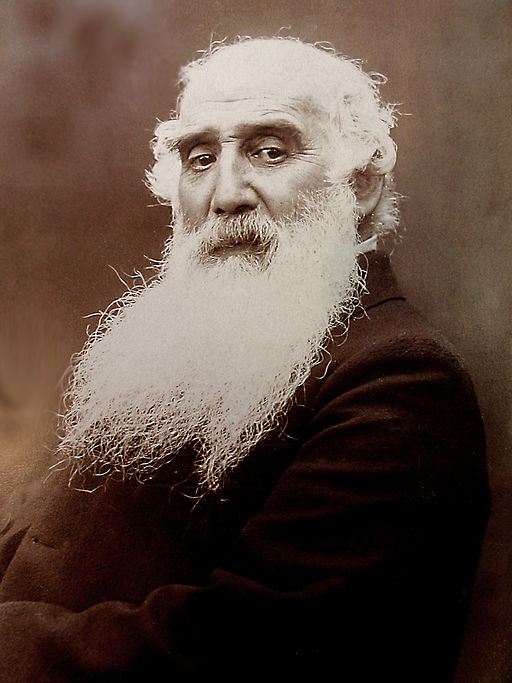 Context
Anarchism
Anarchist Unrest and The Trial of the Thirty