Finch initially painted in the Impressionist style but after seeing examples of Neo-Impressionist work by Seurat and Camille Pissarro exhibited at Les XX in 1887 he switched to a divisionist technique. Indeed, he later began to paint pointillist borders around some of his work in the manner of Seurat. Most of his Neo-Impressionist paintings are atmospheric representations of the Channel coast and he instigated links with contemporary artists across the channel in Britain inviting many to exhibit at Les XX, including Whistler.

Later he moved into ceramics production, producing work that fused his knowledge of the Arts and Crafts movement, Belgian Art Nouveau and Neo-Impressionism. His work was sold at the fashionable Parisian boutiques L’art Nouveau and La Maison Moderne.

1854 Born in Brussels to British parents.

1886 Visits England where he is sees the output of the Arts and Crafts Movement.

1887 Whistler invites Finch to exhibit with the Society of British Artists in London.

1888 His work is again exhibited in London.

1891 Visits England again. Starts to produce ceramics using Neo-Impressionist methods to decorate his output. Later opens his own pottery at Forges-Chimay in France.

1897 He is invited to Finland to establish a ceramics workshop. Continues painting.

1902 Becomes head of ceramics at the Central School of Industrial Design in Helsinki. 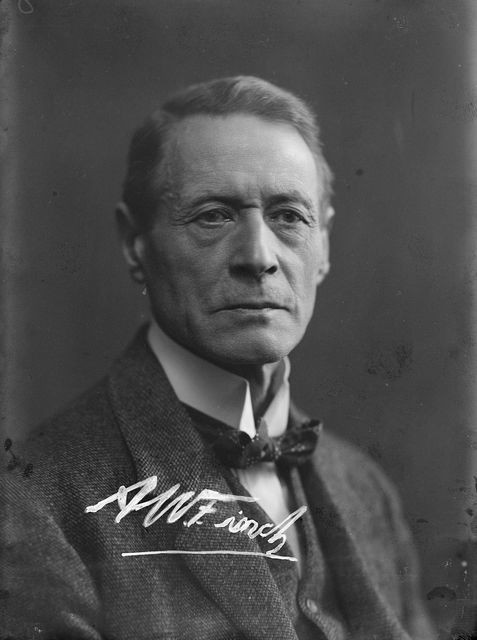